LESSON FROM THE FIRST DAY OF SCHOOL By Dorothy Wilhelm Note:  This column first appeared in the Tacoma News Tribune on SEPTEMBER 05, 2015.  School was different then. Cleavages were pretty much the same. My classmate found a new shortcut on the first day of school. Unfortunately, he had to crawl under a freight train to use it. The trains then were steam driven. They … END_OF_DOCUMENT_TOKEN_TO_BE_REPLACED 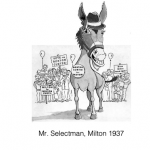 Did you hear the story about the jackass that ran for public office and won? I’m not talking about this year’s selection of candidates. The election I’m talking about took place in the friendly town of Milton, WA in September of 1938. The candidate in question was a brown, long-eared mule with the very formal name of Boston Curtis.  According to the record, this unlikely … END_OF_DOCUMENT_TOKEN_TO_BE_REPLACED

By Dorothy Wilhelm NOTE: I HEAR FROM MANY READERS ASKING ME TO RECALL “NORMAL TIMES.” SO LET’S JUST STEP BACK A FEW MONTHS WHEN WE KNEW WHAT “NORMAL” MEANT - FOR A LITTLE SELF HELP. “There are no self-help books in this library!” A glance at the neatly organized shelves at our local Senior Activity Center told me the library volunteer was right. There were lots … END_OF_DOCUMENT_TOKEN_TO_BE_REPLACED 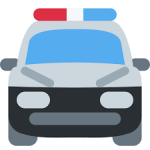 Last Sunday morning, I received my very first speeding ticket, after maintaining a spotless driving record for 55 years. I’m really upset. I never had a ticket before. I saw the police car parked near the road that connects Joint Base Lewis McChord to Lakewood (in Western Washington State.) People who live out here know that military roads are enthusiastically … END_OF_DOCUMENT_TOKEN_TO_BE_REPLACED 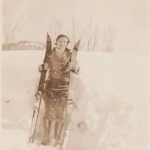 The Facts of Life by Dorothy Wilhelm The facts of life came in the mail in a plain brown envelope. It was brave of my mother to send for the book it contained, “Where Do Babies Come From?” The magazine ad promised it would explain the beginnings of life in a clear, easy-to-understand way that mothers and daughters could share. That kind of sharing was very … END_OF_DOCUMENT_TOKEN_TO_BE_REPLACED

JUNE 13, 2020 BY DOROTHY WILHELM It was 66 years ago last June that my husband-to-be sold his 1942 Chevrolet to put an engagement ring on my finger. The ring had what I thought was an incredibly huge diamond — almost a quarter of a karat, a guarantee of prosperous times to come. Deliriously happy, I said to my father. “How do I keep my ring looking sparkly for years and … END_OF_DOCUMENT_TOKEN_TO_BE_REPLACED

There was no need to make a fuss about it.  The police were very understanding once the situation was explained. Throughout the whole trying incident I behaved wisely and responsibly.  I hope you’ll mention that to my children if you happen to be talking to them. I hate to let the kids find out about these inevitable little kerfuffles. Next thing you know, they’ll be saying, … END_OF_DOCUMENT_TOKEN_TO_BE_REPLACED