I’m really upset. I never had a ticket before.

I saw the police car parked near the road that connects Joint Base Lewis McChord to Lakewood (in Western Washington State.) 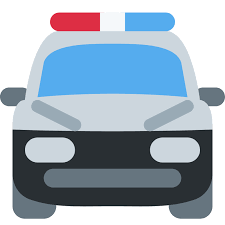 People who live out here know that military roads are enthusiastically patrolled, but I zipped past serenely. After all, they never want me.

Until now. As I passed, the squad car moved out into the road, sirens blaring; magenta lights flashing.

Magenta! When did police cars start having magenta lights? They couldn’t be meant for me. I pulled over to give him room to pass. He didn’t pass.

The officer was very polite and pointed out that I had exceeded the speed limit. “No more than a mile or two.”  I admitted grudgingly. “Ma’am, I clocked you at fifty-seven-and-one-half miles on a road posted at forty-five miles per hour.”

“I prefer to think of it as driving briskly,” I muttered.   This will at least silence my children who accuse me of driving like a little old lady.

“I never had a ticket before in my life,” I wailed. “ Ma’am, that’s just wonderful” said the police officer with warm enthusiasm, “because you’ve got one now.  May I see your driver’s license and registration.”  Miraculously, I found them with only minimal scrabbling about in my purse and glove compartment and handed them over to him, liberally splashed with tears. He shook off the moisture but  otherwise seemed completely unmoved.

The officer returned to his car and I had time to reflect upon the error of my ways as the flashing lights encouraged passing motorists to support me with horn blasts and hand signs.

It wasn’t really my fault, I assured myself. I have a lot on my mind, after all.  I tried to look pleasant, as if I were just using the magenta lights to read my lists better. I have three sets of lists. First, birthday gifts for friends.  Every person I know seems to have hatched in the spring. I have a list for groceries, and then entertainment for an upcoming birthday party.

My time is planned minute by minute so I can get it all done.  I had gone into a book store to buy a gift for an elderly friend (three years older than I.)  The store displayed a copy of the Kama Sutra, that venerable and explicit manual of how to achieve unusually happy times. It had updated illustrations and it was right there on the table with other gift ideas: poems and glitter for your toenails. That kind of thing. I flipped through the pages. I flipped through again more slowly. One more time really slow. You could certainly see everything really well with the nice bright primary colors they used.  It was amazing. I can’t even remember where most of those things are, let alone trying to assemble them in such an uncomfortable looking sequence.  All before social distancing, of course. I hastily put the book back, looking around to see if anyone was watching and bought my friend a crossword puzzle book instead. There’s no telling what those words will turn out to be. All in all it was a sinus clearing experience.

I’ve taken to making birthday cards again.  There’s no use even trying to buy one. Birthday cards are using less gentle and affectionate language. There are even cards with recorded rude body sounds. This has got to stop. “Rats Pajamas!” as my 5 year old grandson says. He’s been told to avoid swearing. I endorse that sentiment. Let’s all start expressing ourselves in a more civil way. I mean, if we don’t set a good example for our politicians and Congress, they’re never going to grow up to be the sort of leaders we want. There’s not much hope anyway.

I put an alert out to my Facebook friends asking for their best substitutes for  swear words. Janelle Meraz Hooper responds, “Nothing  c a n  r e p l a c e   the ‘S’ word. Nothing. It is my only swear word and I cannot, WILL not, give it up!”

I think she must mean “Swell,” don’t you? Phil Chang wrote, “I used to say ‘Shoot,’ but you can’t say shoot any more! ‘Shoot!”  “Beaver Dam!!”shouted my four year old granddaughter. She’s all grown up now, and I don’t know what she shouts.  Well, it’s not much but it’s a start.

My Texan Dad used to say, “Hell Far!”  That’s the way Texans say Fire!  My Daddy was from Wink, Texas where there is actually a museum of Roy Orbison memorabilia.  I learned this from a a fellow attendee at Robbie Samuels’ online 5% class.  He did not swear at all – Robbie or the Texan.

I stuffed the lists into my litter bag as the officer brought back my license and carefully explained the ticket to me. It will cost seventy five dollars.  Well. this definitely frees me up to work with a leaner, more meaningful budget.

“This is a very dangerous road.” he said. “Just remember, Ma’am – We’re out here every day.” Yes, Officer. I’ll remember.”  It was time to slow down anyway.

Oh No! Don’t look now© Dorothy Wilhelm – parts of this essay appeared in the Tacoma News Tribune in July of 2015.