Over 50? Life’s just starting to get interesting! and Better Every Day! 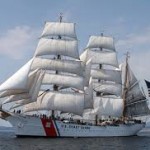 Here’s that collection of columns that Dorothy Wilhelm has been promising to write for quite awhile. Say, 25 years, give or take. Here is just one excerpt  you’ll find irresistible – I certainly hope: The answer to the unforgivable gaffe I made when my son was on the Coast Guard Barque Eagle, Page 120: “I dampened his celebration considerably by actually calling the Admiral to complain that my son was not writing to me enough.Can you BELIEVE I did that? He sure started writing though.  I don’t believe I’d do that again.  How about you?

Join Dorothy Wilhelm for these special events and signings for her new book, True Tales  of Puget Sound in 2019.

Better Every Day comes in an especially handy Readers Digest size format. Ideal for doctor’s office or bathroom reading. Everybody says so.

What, Me Worry?  or   Why the Seahawks Really Lost The Super Bowl

“Most of what you worry about never really happens.” My father was an ardent believer in that frequently repeated quote, but he took it one step further. If most of the things we worry about never happen, he reasoned, this must mean that only the things you don’t worry about actually occur. Makes sense so far, but he went on: This makes it essential to worry about absolutely everything. If you omit any possible worry, that’s the one thing that will invariably go wrong. It isn’t easy to worry about everything, no matter how skilled a worrier you are. It’s a heavy responsibility, and you need to involve as many co-worriers as possible. Dad’s worry extended even to my mother’s rolls baking on a Saturday morning. “You know, it doesn’t seem as if they are browning the way they should,” he’d fret. His record was very good. Hardly anything he worried about happened, and the rolls were always delicious. So I adopted his philosophy for my own and became a skilled, you might even say professional-level, worrier.

Because of this, I freely admit that I take full responsibility for the Seahawks’ loss in a recent big football game (Super Bowl XLIX). Now, it may be that football is not a big part of your life. It may even be that you’re one of those people who think the Sea Hawk is a mythical bird who never really got off the ground. Speaking of mythical, perhaps you’re one of those sober and serious people who has never mashed a single avocado to make dip for your tail-gate party. This means you have not worried about the Seahawks, so in a sense, the fact that they did not become the Super Bowl Champions is your fault, and Tom Brady had nothing to do with it. I don’t wish to pile guilt upon you, of course. I’m sure you may have had good reasons for not worrying, but still, facts are facts. I know that many books have been written about the uselessness of worry, but the facts are there. When I worry, the Seahawks win. When I don’t, they lose.  According to AgingCare.com, excessive worrying can be responsible for a long list of severe health problems, including weakening of the immune system, panic attacks, irritable bowel syndrome and much, much more. So I’m going to learn to worry less, starting very soon. I’ve already taken worry to the highest level. I worried about the Seahawks. I worried about Marshawn and I worried about Richard. To tell the truth, I never worried at all about Russell or Pete, but I worried about defense and I worried about turnovers.

But clearly either you or I didn’t worry enough. That really worries me.

Note to my beloved readers:  If you’d like to read the rest of this column, you have two choices.  You can go to the right of the page and buy Better Every Day with a single click of the button.  Is that marvelous or what?  Or if you’d rather die just send me an email at the address below (