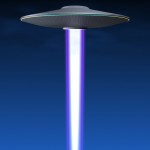 On June 24 1997, the US  Air Force issued its famous report “Roswell-Case closed!” saying that there were not there were not and had never been flying saucers or alien aircraft as had been reported in June of 1947, fifty years earlier. Today is the anniversary of that No Aliens Here - Nope report - and I say they're wrong. In 1950 I worked in a Civil Defense aircraft spotting … END_OF_DOCUMENT_TOKEN_TO_BE_REPLACED