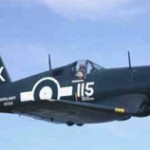 The War Birds flew again today. They flew over Omaha Beach and they flew right over my home town, over  McNeil Street in my neighborhood, down to the Traffic Circle at Patriots Landing, an assisted living community for retired military where the last few veterans of the D-Day waited to see them. The flyover was a special treat arranged to honor them on this day still so fresh in their memories.

The War Birds were the planes that flew during World Wars I & II. There was the Grumman Tiger Cat, only six left today, the flying fortress,

the P-40 Tomahawk, the famous Flying Tiger, all romantic names from the past and all, by the way, available at the Olympic Air Museum.

http://www.olympicflightmuseum.com in Olympia, WA as well as a few other places, and kept in flying condition.

All day, like everyone else, I’ve been listening to the memories of old soldiers who were part of the D-Day invasion.  I do hear younger people 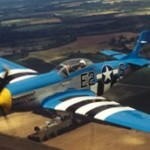 wondering why we seem to be so hung up on that war.  It’s long over, and aren’t wars all simply political anyway?

But this different.  On D-Dau 1944 the country was one, united possibly for the last time. It’s hard to imagine in this day of the facile “Thank you for your service” which requires no effort and is fast becoming as meaningless as that other old standby,  “Have a nice day.”

We all did what we couId. I  was 10 years old on D-Day and like all of my friends, all my spare time was spent collecting newspapers in my red wagon, carefully bundling them and turning them in for the war effort, saving string and tin foil from chewing gum.  We stamped on empty tin cans and folding top and bottom carefully inside to make a square neat package.  No electric can openers in those days,  Meat was rationed and so were shoes.  When you cooked meat, you saved every drop of fat. When a three pound lard can was full of fat, you could trade it in for the war effort and get three red meat ration tokens in return.  No butter, no margarine.  The Mystery Chef on radio gave a recipe for making your own margarine.  It wasn’t very good, but that was the least of our worries.

There were rumors the invasion was coming and we were hopeful it would mean the end of the war.  I’m pretty sure we didn’t hear about it until later, but I remember that we all gathered around the radio waiting for news. The generals were our heroes. Claire Chennault of the Flying Tigers, Patton and “Beatle” Smith, and of course, Dwight Eisenhower.  11 years later I would vote for Eisenhower in my first presidential election.  Surely, surely the soldiers would be coming home.  Some had been gone nearly four years.  Most of us in this life will not have that back against the wall sensation that even the youngest of us shared during WWII.  And that’s a good thing.

On this day we honor the old soldiers,  who, shaking with fear  nevertheless stormed the Normandy Beaches.  That is the very definition of a hero, of course, someone who goes on in the face of fear.  So now patriotism seems to mean picking to shreds every move the other side makes, demanding our rights and our guns,   I ask you to remember that we are here and able to do that because those brave men could not be stopped.  I invite everyone to celebrate D-Day by reading a bit of history, and trying to discover how we can today uphold the sacrifice they were willing to make.  In the meantime, the Warbirds are flying home.